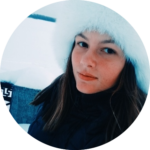 – Journalist and Creative Writer, a Member of WTHA’s Communications Team 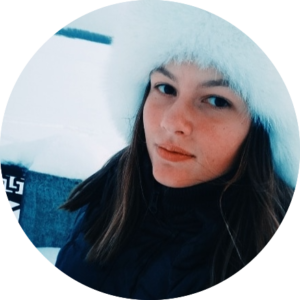 Mariia Maksimova is a creative writer, journalist and an active member of the World Table Hockey Association’s Communications team.

She is the youngest of our writers and publishers, but still very experienced in writing, translating and editing articles. Mariia has previously done various articles for the Samara Grass Hockey Federation’s website, which makes her writing experience related to what she’s doing now.

As you see, Maksimova is a forward looking and ambitious individual, with a huge personality. She is planning to become a well known writer and publisher, as well as a tennis coach, but also continuing her cooperation with WTHA.

Sport in Mariia’s life and her other hobbies

It’s interesting to know that Mariia is very sporty by nature. She has been playing tennis for more than 10 years, which now she does on professional level. She also plays volleyball (not professional) and enjoys trying new sports and takes up different hobbies in her spare time. Along with sports, Mariia enjoys culinary, especially baking. She has also edited a cookbook about traditional foods in Canada and USA.

Anyway, sport runs in Maksimova’s blood: she has excellent sportsmen in her family.

Her father was a professional ice and grass hockey player. He played for several hockey teams at different times: “Trud” “Podshipnik”, and “CSKA VVS”. However, Mariia’s dad participated in national tournaments and had earned a title of a “Candidate Master of Sports” in grass hockey. He had also competed among some famous players: for example Alexander Platonov — the former under (indoor grass) hockey European championship winner.

As for Maksimova’s grandfather, he was also a marvellous both ice and grass hockey player in team “Trud”. After he became a very famous coach throughout Russia and trained a grass hockey European champion and a world champion, among which is Alexander Platonov.

As you see, writing for World Table Hockey Association helps Mariia to put contribution into the hockey dynasty of her family.

In fact, M. Maksimova was born in Samara — the sixth largest city in Russia, where she lives now. Modern Samara is a developed industrial, cultural and political centre of the country and perhaps a very beautiful city. It’s situated in a picturesque place at the foot of Zhiguli Mountains.

Samara attracts many tourists for its delightful nature and the city itself has numerous places of interest: Kuibyshev Square, Iversky Monastery, Fon Vakano brewery, the Square of Glory. The Opera and Ballet House, old city centre,  red brick Drama Theatre are also very popular with the tourists.

But the most peaceful place here is the Volga promenade – the longest in Europe, which stretches for nearly 3 km and consists of 3 parts. It offers picturesque views of the Volga River and the Zhiguli Mountains and the spectacular scenery of it inspires many artists, poets and writers. 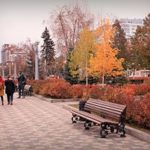 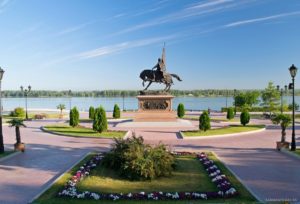 The monument to Grigory Zasekin 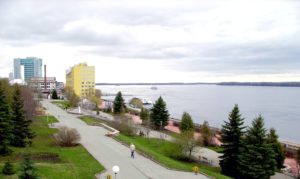 By all means, it’s not just a beautiful city but also a sportive one. FIFA World Cup 2018 was held here.

To contact Mariia Maksimova, send an email to her address, Mariia.Maksimova@WTHA.ru

For general questions or inquiries, send an email to the WTHA, info (@) WTHA.com

Click, All posts by Mariia Maksimova, to read all the articles she has authored.

About the Author: Mariia Maksimova