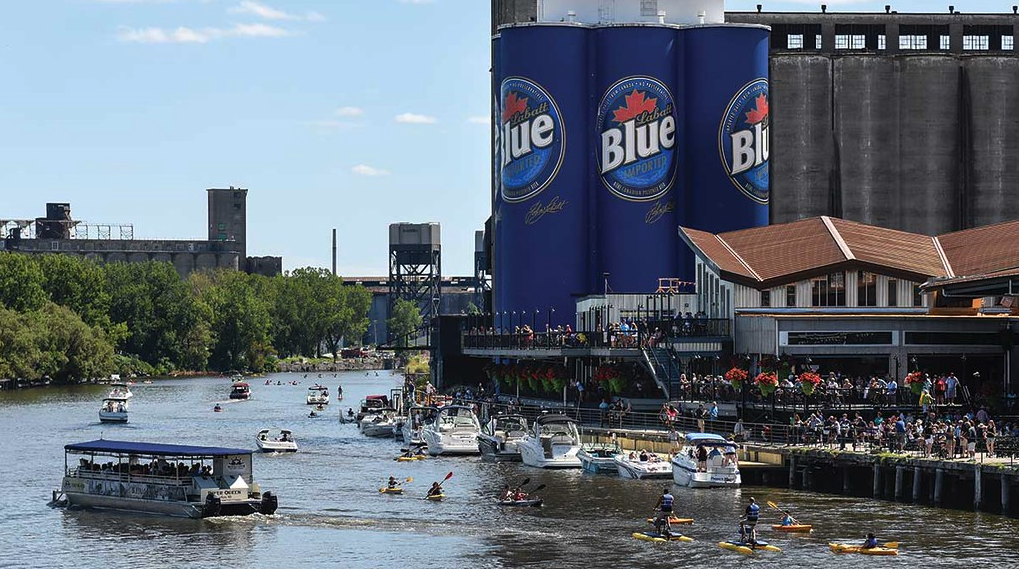 – Wondering if the Venue Has Room for Hundreds of Players, Exhibits and the Public?

We know RiverWorks can hold a lot of people, but suppose those of you from out of town do not know that. Well, it is said, a picture is worth a thousand words. Here you go!

– How Many Players Have Signed Up for the Tournaments?

Currently, there are twenty-five (25) thirty (30) players who paid and are registered for the Pro Division’s Table Hockey Tournaments. The Pro Division is limited to 64 players per tournament. There are four tournaments featuring the following table hockey games: Stiga, SuperChexx, SoHo “S” Classic, and SoHo “Pro.”

We have been told or maybe warned that many, many others are poised to register. So, if you have not registered yet, you might want to do so now! Click here to Register.

– How Many Out of Town Visitors Can Buffalo Expect?

Fifty-six percent (56%) As of 27 Oct., 70% of the players registered are traveling from out of town to visit Buffalo.

We wonder if other communities members of the Sports Events and Tourism Association (Sports ETA) in the USA or the Canadian Sport Tourism Alliance (CSTA) in Canada are reading this statistic?

The WTHA is a member of both Sports ETA and CSTA.

Avid Table Hockey players are traveling from as far west as California and Arizona! — as far south as Florida! –as far east as Connecticut! –from America’s heartland, Missouri! –and as far into the Great White North as Toronto, Ontario, and Montréal, Québec, Canada!

Speaking of Europe…we received the following observations from Gustaf Hermansson, Sweden. For readers who may not know, the area of northern and central Europe and into Russia has a HUGE table hockey community and fanbase. Far exceeding that in North America. So, it is quite the compliment to have received his kind words.

Gustaf Hermansson, wrote, “I have to say that I admire the ‘festival and exhibitions’ part of this tournament. In Sweden where I live, we have a great tradition of table hockey tournaments.

Usually we just get to the venue, play the tournament (for several hours) and then we go home.  Of course we have a chat with other players (mostly the ones we already more or less know) between games or during breaks. But very much focus is on the competitive aspect.

I have the impression that in North America tournaments are not only competitions, but also a great chance to hang out with other table hockey nerds 🙂

I guess we Swedes/Europeans can learn from you guys and maybe create more of events/festivals (rather than just tournaments), where we can offer some additional value apart from just competing.”

If you are interested in attending, please continue to check this link to HOTELS for discounts. We have more deals coming and will post this weekend.

27 Oct., Updated. Many people wanted to know exactly who is going to be in Buffalo, how many people are signed up for a particular table hockey tournament, etc. So, we added more categories.

An email went out 27 Oct., to players 1-24 to learn if they want to play in the other tournaments, as our original registration didn’t capture that information. It is the same price whether a player plays in one or all four of the Pro Division tournaments.