You are here: Home » Mariia Maksimova

Mariia Maksimova is a creative writer and an active member of the World Table Hockey Association. We look forward to providing you with Mariia’s interviews, reports, research and opinions involving Russian table hockey events, players, and more.

Previously, Mariia has spent more than 10 years playing tennis, which is now done on a professional level. She also enjoys trying new sports and takes up different hobbies in her spare time.

In fact, Mariia was born in Samara — the sixth largest city in Russia, where she lives now.

Anyway, sport runs in Maria’s blood: she has excellent sportsmen in her family. Her father was a professional ice and grass hockey player, he attained several hockey teams at different times: “Trud” “Podshipnik”, and “CSKA VVS”. However, he participated in national tournaments and had earned a title of a “Candidate Master of Sports” in grass hockey.

He had also competed among some famous players.

Modern Samara is a developed industrial, cultural and political centre of the country and perhaps a very beautiful city.

Fourteen hours drive east of Moscow, Samara is situated in a picturesque place at the foot of Zhiguli Mountains and along the Volga river.

Samara attracts many tourists for its delightful nature and the city itself has numerous places of interest: Kuibyshev Square, Iversky Monastery, and Fon Vakano brewery.

Also,  The Opera and Ballet House old city centre, The Square of Glory, red brick Drama Theatre and many others.

But the most peaceful place here is the Volga promenade – the longest in Europe, which stretches for nearly 3 km and consists of 3 parts. The Volga promenade offers picturesque views of the Volga River and the Zhiguli Mountains and the spectacular scenery of it inspires many artists, poets, and writers.

By all means, it’s not just a beautiful city but also a sportive one. Moreover, FIFA World Cup 2018 was held here in Samara.

NHL Players Born in or Played for CSK VVS Samara

Alexei Emelin Nashville Predators Framed 15″ x 17″ Player Collage with a Piece of Game-Used Puck – $55.99
from: NHL Shop
Each collectible comes designed with a photo of the player and home arena”,” a team logo”,” and an actual piece of game-used puck from a Nashville Predators game (not from any specific game). It is officially licensed by the National Hockey League and comes with a statement of authenticity from Fanatics Authentic. It is framed in black wood and measures 15″” x 17″” x 1″”. 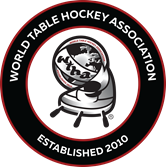