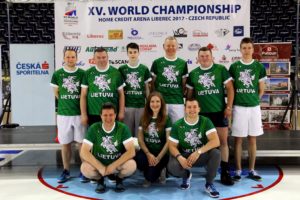 Stalo Ritulio Istorija Lietuvoje Article by Paulius Kestauskas, Vilnius, Lithuania Introduction This is a story about my home country Lithuania and the sport of table hockey. I will introduce you to our location in Europe, and provide some facts about our population, language, economy, governing membership and, of course, sports!  Then I will introduce you […] 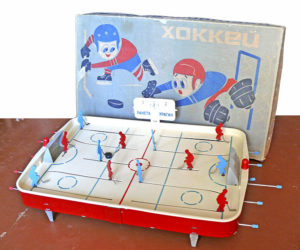 Soviet Era to Modern Ukraine, Article by Yana Savchuk, Chevrnsti, Ukraine “Foreword” by Gregory Scoma The game of table hockey has existed for more than ninety years in various parts of the world. In Ukraine, table hockey was not well-known, not widely-available or popular. That is, until a single event triggered table hockey becoming known […] 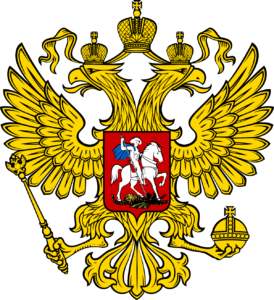 «Evolution of Table Hockey in Russia»

Mariia, also hand-picked from the WTHA’s Shop, autographed hockey jerseys from famous Russian ice hockey players that you can buy!